The latest regarding coronavirus (COVID-19) 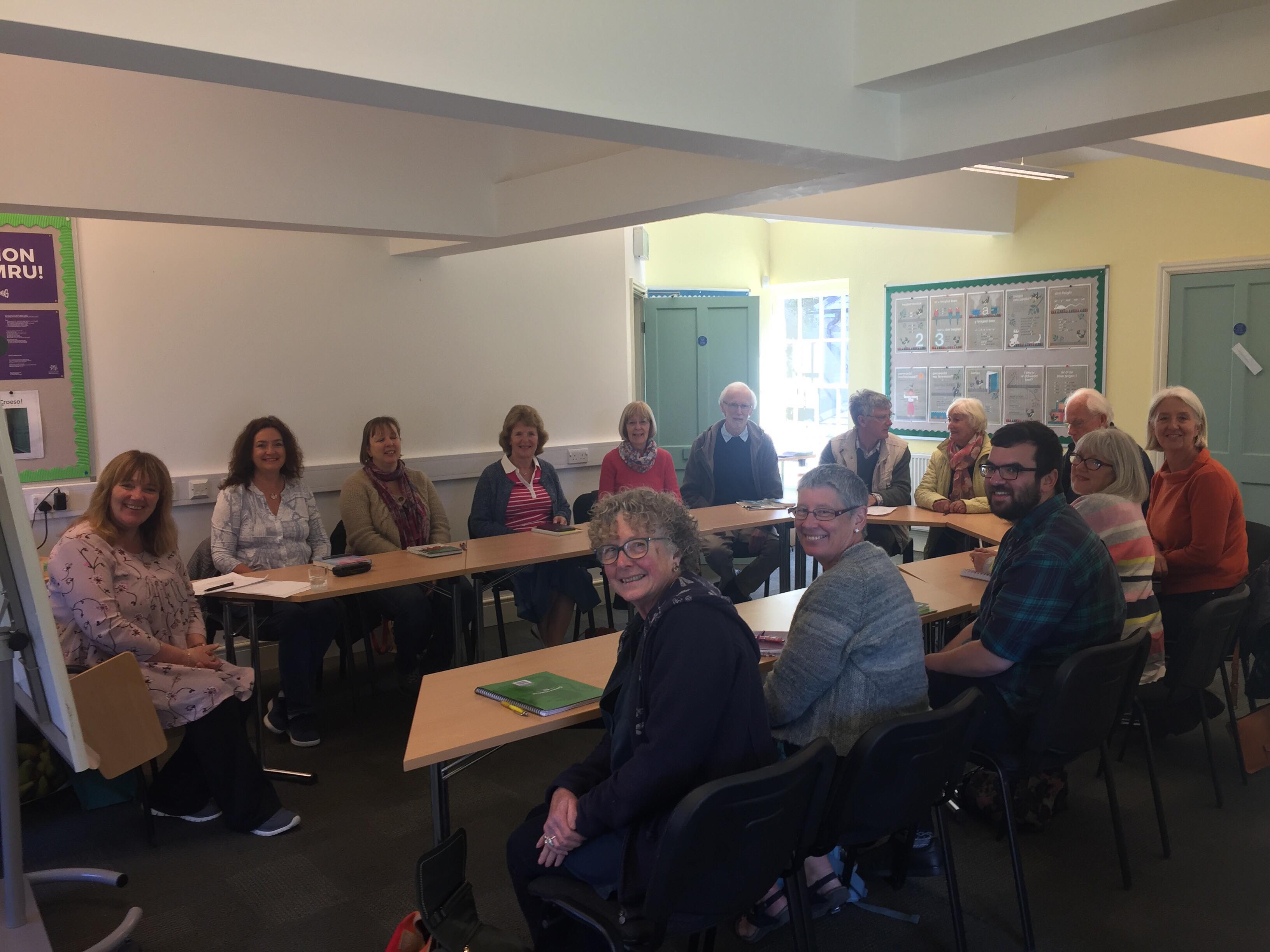 The author’s course
by Bethan Gwanas

I was in the process of putting together a Powerpoint about Dewi Prysor when Covid-19 came crashing into our lives. Dewi was one of the authors I was going to introduce on our Authors of Wales course in mid-June. But there we go, I’m sure it will be held again in 2021, and hopefully it will be a course that’s worth the wait!

This was going to be the fourth course (I was intending) to teach at Nant Gwrtheyrn, discussing Welsh literature and authors with Advanced level learners, and I’m pleased to say that many of the original students have returned each year. I must be doing something right!

The first course back in 2017 was an experiment and was centered on ‘Women’s literature’. Everyone got a detailed taste of works by Kate Roberts, Elizabeth Watkin Jones (local to the area), Caryl Lewis, Mererid Hopwood and Ruth Richards, and I also included a read-and-discuss session where we studied extracts from Wild Welsh Women, a bilingual (and very interesting) collection of tales.

I could invite two female authors to join us in the evenings, so I chose Angharad Price and Karen Owen (even though, truth be told, she’s more of a poet), and we had two interesting and fun evenings in their company. It was lucky timing (or maybe careful planning…) that I held an evening with Merched y Wawr at Trefor, a village a few miles up the road from the Nant that week, and they were all invited to join us. We had so much fun! And a few cakes.

I’d expected the course to be all females, but a few men also attended, which meant we could have very interesting discussions. The students, who differ from first language Welsh speakers in that they are much more willing to have their say and to talk honestly and openly and they don’t back down when discussing the books. I found myself giggling on many occasions. It was all a real breath of fresh air, and I enjoyed every minute of the course, even though I was absolutely shattered by Friday afternoon.

In 2018, I decided to expand the course to include male authors as well, so I introduced the works of Rhys Iorwerth, Sonia Edwards, Ifor ap Glyn, Mihangel Morgan and Lleucu Roberts, and set one of Manon Steffan Ros’ books Sbectol Inc as reading homework before the course started. It’s a short novel, one from the ‘Stori Sydyn’ series, and Eleri Llewelyn Morris and I had a great idea to invite local people to read the stories and to join in the discussions with the learners. It was the largest book club I’ve ever seen and it proved to be a great success. So much so that we did the same thing in 2019 with ‘Llyfr Glas Nebo’ and invited its author, Manon (Steffan Ros), to the evening session to join in – this was the night before she won the ‘Book of the year’ title with that very book. The other authors we discussed that year were Daniel Davies, Sian Northey, Alun Davies, Alun Jones, Mared Lewis and Llwyd Owen, as well as poetry session with the wonderful Aled Lewis Evans.

All the courses have been fun and educational for me too, as well as the learners, and seeing the same people return each year fills my heart with warmth. We’re almost like a small family who love books and get together for a reunion each year, but new learners can also fit in easily as well. Everyone has their own opinion and backgrounds and it’s great to learn from one another.

The authors I had chosen again this year vary a lot, from the literary to the light-hearted; from the daring to the intense: Dewi Prysor, William Owen Roberts, John Roberts (who will join us in the evenings), Elinor Wyn Reynolds, Ifan Morgan Jones and Marlyn Samuel. And we hoped to go on a trip to Nebo one afternoon, too!

We’ve also had great weather every year. I, at least, am really looking forward to the next course – whenever that may be.